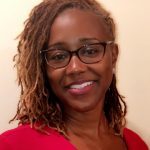 Macon Stewart joined CJJR in May 2008 as a Program Manager. In her current role as Deputy Director of Multi-System Operations, Macon oversees the implementation of the Crossover Youth Practice Model, which she co-authored, in all communities across the country as well as the Multi-System Collaboration Training and Technical Assistance Program, an OJJDP-sponsored initiative operated in partnership with the American Institutes for Research. Prior to joining CJJR, Macon moved up the ranks within the District of Columbia Government’s Child and Family Services Agency (CFSA) during her 5.5 year tenure. Her work included providing direct case management services to the children and families of the nation’s capital as a Social Worker, conducting internal small-scale studies and Quality Service Reviews as a Case Practice Specialist, and functioning as a Project Manager while spearheading the agency’s education reform efforts as the Assistant to the Deputy Director for the Office of Clinical Practice.

Macon is a licensed graduate social worker that has been and continues to be sought after to work on many agency and city initiatives. Macon was appointed to work with the DC Superior Court: Family Court Judges on various subcommittees including working with LGBTQ youth and education. Working to improve the quality of life on a micro and macro-level for children and families has always been and will continue to be the passion exemplified in her work.